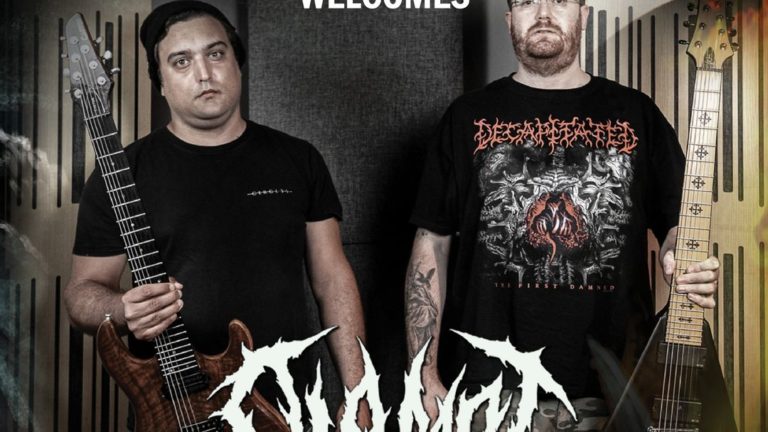 Olamot signs an international record deal with LETHAL SCISSOR RECORDS!The studio project created by the minds of Daniele Boccali (Fictio Solemnis, ex-Disequilibrium) and Edoardo Casini (Desource, XENOFACTION, solo artist) aims to release “Realms”, the first chapter of a series of albums which tell the story of Raziel, a human entity who seeks to become a God himself through a pact with the Devil based on ceremonial magic and human sacrifices.The 4 tracks EP, recorded and mixed/mastered by Giovanni Rosellini from UNDERGRIND STUDIO which features world class musicians from bands such as FLESHGOD APOCALYPSE, DESPITE EXILE and COEXISTENCE, will cover the first part of the story which is already being developed by the band for the next chapters.

Stench Of Profit – Controlled, Manouvered (taken from the album NO PLACE TO HIDE)